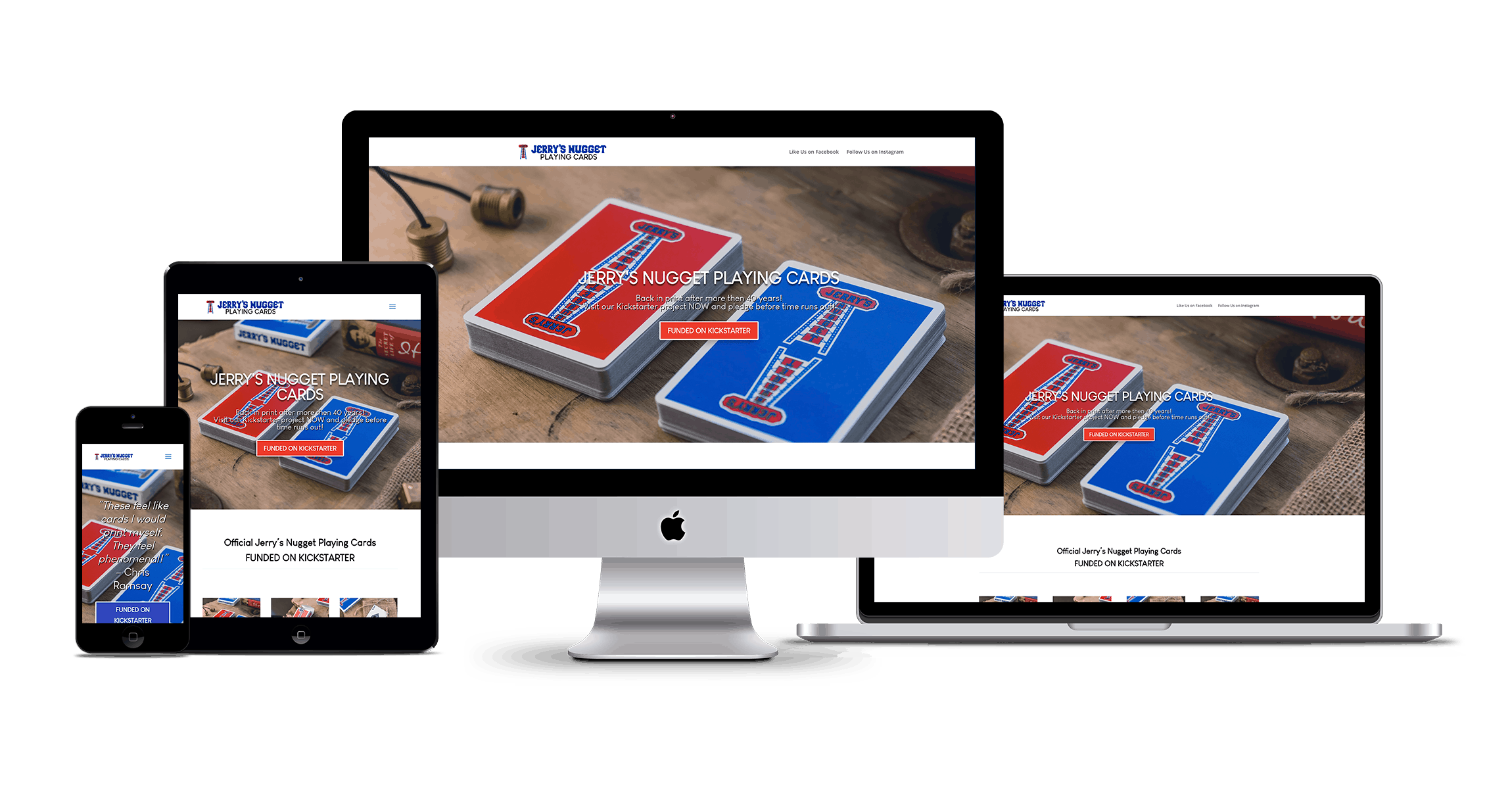 Jerry’s Nuggets is originally a Las Vegas casino that printed playing cards in the 1970s and has become one of the most sought after collector’s items. These were relaunched through Kickstarter in 2019 and printed by the Expert Playing Card Co.

We have contributed to this on both website and campaign level (marketing and web design), resulting in a successful crowdfunding campaign that raised more than $ 450,000.

The website consists of a landing page that refers to the Kickstarter.